I have started living life in slots of hours instead of by day and night. Which is pretty boring because all my days have merged into this one long day, and have no clue whether it is 8 am or 8pm...except for the fact that it is dark outside...which is a pretty primitive way to find out whether I should sleep or wake up.
The same with food...I feel hungy at unearthly hours, like 3 in the night(judged by the darkness levels I assume its night), and then I eat whatever I see first..again back to stone age I think..

Anyway, it is that time of the year when I miss my family the most..Christmas and New Year..and I already am deep down under the blues though it's still time.

Well,I miss Christmas not because I am waiting for a red nose on reindeers (I think he needs to get a car or a helicopter and go on a diet, but I'm digressing here) but because I miss all the glitter on the roads and the malls, and the amazing shopping we used to do ofcourse.

We normally celebrate New Year's with wine and a full blown feast, and the last I heard the bubbly has already arrived in a certain home at Parle.
In fact this has almost been a ritual and most of these years, after or during the feast my friend used to land up at my place, we would reminisce about life and cut cake in the terrace at the stroke of midnight under the breathtaking canopy of beautiful firecrackers.

Well, this is a depressing column that I've written and I know that the usual sarcasm is noticeably absent, but then restricting a girl from shopping in December is not a very nice thing to do is it?

'Tis the season for lights, trees and holiday cheer!!! 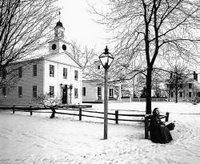