An attempt at making fondant.. 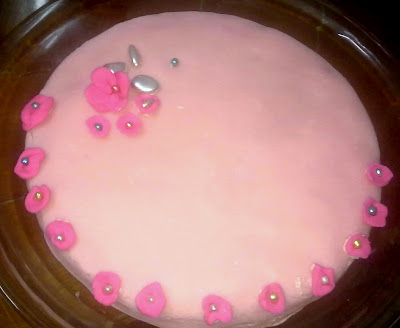 I had been meaning to try making fondant for quite some time now, but due to a moody oven, and different websites telling me fondant doesn't taste good I had kept putting it off for quite some time.
However, a couple of weeks back I finally picked up a bag of marshmallows, and decided to give it a try...

To cut the taste of the fondant, I decided to make a slightly bitter cake, by adapting my "Tiramisu cupcake" recipe that was featured on "Savour the senses" here

However, in this recipe Ive added a bit of Cocoa.
(Note: I don't remember all the recipes exactly, I just generally dump stuff and end up forgetting exact measures. The following recipes are an approximation)